Are Entrepreneurs Born or Made? – are masters in entrepreneurship worth it 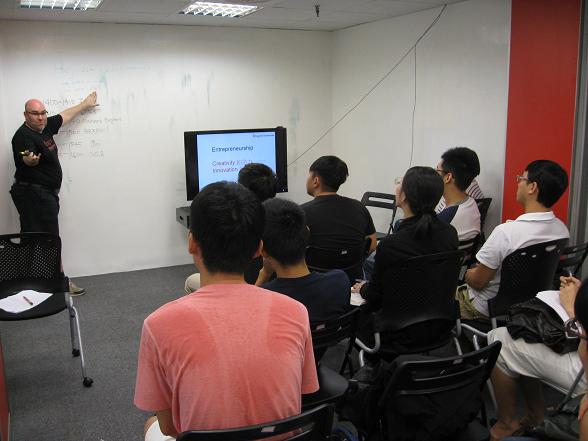 On a sunny afternoon in September, Enspyre’s Study in Sweden department introduced the master’s program in entrepreneurship in Lund University, Sweden.

University degrees in entrepreneurship is a fairly new thing. Debates on whether a degree is needed to become an entrepreneur have become hot topic. Those who are against it cite the examples of Bill Gates, Larry Ellison, Mark Zuckerberg, Steve Jobs and many other college drop-outs who became successful entrepreneurs without entrepreneur schools. They claim that school wastes time and money in confining the entrepreneur on campus, removed from the “real” world.

The New Venture Creation students have to come up with and run an entrepreneurial project with the help of teachers and mentors.
The students in the Corporate Entrepreneurship and Innovation track all need to do an internship with real companies.

Alumni can receive help with startups after graduation, and stand a greater chance to start a successful business in Sweden, which is ranked 5th among the best countries for business by Forbes, or even Europe. For those who come back to Taiwan, the degree also enables them to stand out from other entrepreneurs when it comes to both starting their own business and entering a local company and making impacts.

Here in Taiwan several Taiwanese universities also offer master’s programs in entrepreneurship. Fu Jen Catholic University is listed 78th in the top entrepreneurship programs according to The Eduniversal Best Masters ranking. The ranking classifies the 4000 best Masters and MBA programs in the world and its methodology includes evaluation from the reputation of the program, the salary of the first employment and student satisfaction.However, none of the Taiwanese universities rank as high as Lund University (38th), and none combine theory with practice in the same way as Lund University.

There certainly are many ways to learn to become an entrepreneur, and for the participants in the event, studying in Sweden for a master’s in entrepreneurship may be a desirable path. Hopefully in two years or so, after experienced the solid training in Lund, these young people can finally realize their dream as successful entrepreneurs and make changes to the world.